What are planets around other stars really like, and what kinds of people devote their careers to studying them?

Knicole Colón is an astrophysicist in the Exoplanets and Stellar Astrophysics Laboratory at NASA’s Goddard Space Flight Center. She has worked at Goddard since 2017 and is the Deputy Project Scientist for Exoplanet Science on the James Webb Space Telescope project team. She also has a role on the Transiting Exoplanet Survey Satellite mission team. She previously held a role on the Hubble Space Telescope project team as well. Prior to arriving at Goddard, Knicole worked on the Kepler and K2 missions at NASA Ames Research Center. She also held postdoctoral research positions at the University of Hawaii at Manoa and Lehigh University. Knicole earned her doctorate in astronomy from the University of Florida and previously earned a bachelor’s degree in Physics from The College of New Jersey. Her research expertise and interests include the search for and characterization of all types of exoplanets and their atmospheres.

Farisa Morales is an active astrophysicist at NASA’s Jet Propulsion Laboratory (JPL), who hunts for planets and seeks to understand their formation, and is also a professor at California State University, Northridge (CSUN) and Moorpark College. Her work on the characterization of planetary debris disks at JPL with the Spitzer Space Telescope, evolved into her PhD dissertation project, and attained her PhD in Physics from USC. Using infrared data obtained with the Spitzer Space Telescope and the Herschel Space Observatory, Morales currently studies stars with planetary debris disks—the dusty ring-like structures, home to colliding asteroids and sublimating comets, that circle stars like the Sun, and hint at planet formation processes, their architecture and composition. Morales also searches for the planetary companions stirring and carving the dust around nearby stars. She uses the powerful 10-meter Keck Observatory on Mauna Kea in Hawaii and the 5-meter Hale Telescope at Palomar Mountain in California to hunt for planets. These telescopes have been adapted with optics that enable us to mask the star’s intense radiation and see the faint infrared light from the orbiting planets.

How to Weigh an Exoplanet

A Planet In a Galaxy Far, Far Away 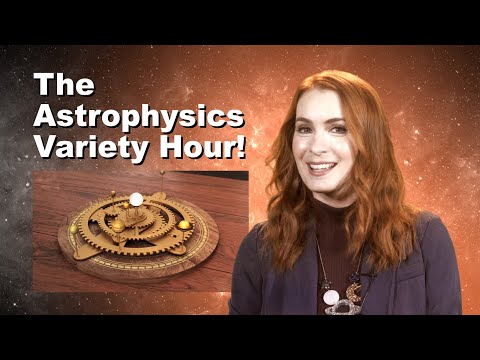